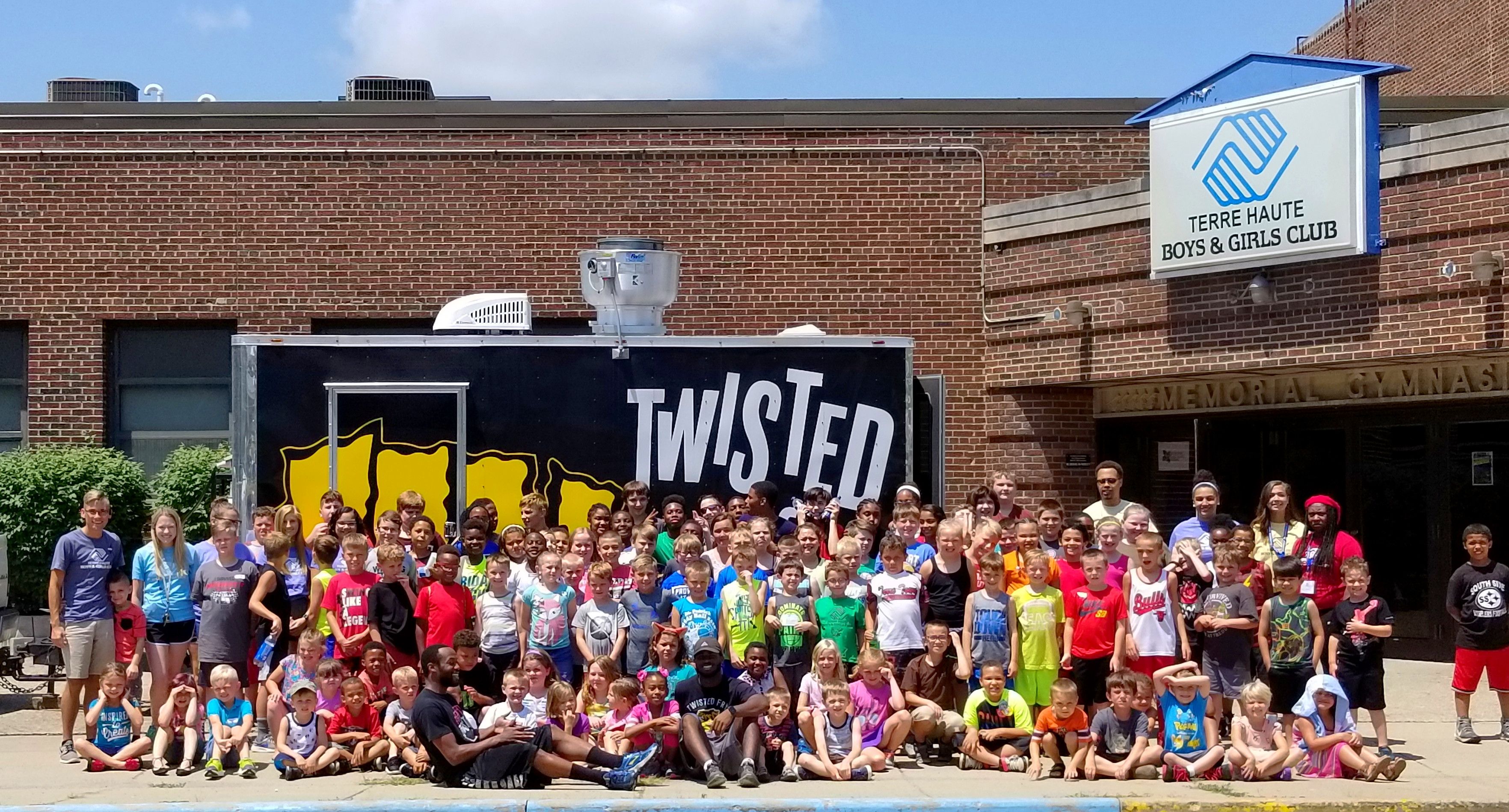 The founder of the Boys Club was the late Flora Gilman Gulick, who worked in the money order department at the post office. She became interested in the under-privileged boys of our city who were not being looked after. She began with a free night school for boys at the Social Settlement house, formerly the Bauermeister Building at First & Cherry Streets. She held her first class for five boys by candlelight in January 1908. By May 1908, she had 50 students and by spring of 1909 enrollment had grown to the hundreds. Expenses for the school were raised through a subscription campaign, which was supported by several of Terre Haute’s most prominent citizens, including members of the Ball, Deming, Hulman, and Fairbanks families in addition to several others.

In 1909, they moved into new quarters at 611 ½ Ohio Street in the Mayhew Building located next to the Star Building. In 1911, the Club was incorporated, and became a member of the National and International Boys’ Clubs of America. The newly elected President, L.J. Cox decided to move into larger quarters at the McGregor Mansion, 414 North 6th Street. By 1913, many boys had enrolled as members but their yearly budget of $3,800 was impossible to meet. The club was forced to move to smaller quarters at the former Empire Theatre and burlesque house at 30 ½ South Third Street. This was under the direction of Lex Nichols who was the new superintendent. In 1922, the newly organized Lions Club and its woman’s auxiliary became sponsors of the club. With this assistance, the club moved to 220 North 3rd Street, formerly the Ball Funeral home where the club remained until 2012.

Lex stepped down in 1928, and Theodore Moore was appointed as superintendent until 1937 when Mrs. Gulick stepped back in to run the club. Mrs. Gulick became very ill and Theodore Moore came back in 1939 to serve as Executive Director. The club, at this time, became owners of one of the most modern summer camps in the state, 152 acres in Parke County at RR#1, Marshall, Indiana.

In 1971, Ted Moore retired and Max Jones was appointed Executive Director. Under Max’s guidance, membership grew and the largest most respected Biddy Basketball program in the state of Indiana was started. Upon Max Jones passing in 1984, Ron Wey was named Executive Director from 1985-1987.

In 1985, thanks to the generosity of the Chapman Root and Hulman families, the club underwent an extensive renovation at a cost of $370,000. In the spring of 1986, the club was forced to sell the Camp Gulick property due to the decrease in attendance and the increased regulation from the State Board of Health.

In September 2000, the Club officially became the Terre Haute Boys & Girls Club. The club purchased the Drake Produce building, located directly west of the 3rd Street facility to solve the parking problem in 2000.

On October 1, 2019,  the Club officially welcomed CEO Trent Miles.  Trent is a Terre Haute native, a graduate of South Vigo High School, Indiana State University and a former football coach at both the professional and collegiate level.

On May 26.2022, the club officially named long-time employee Bobby Moore as the new CEO.